The group meets every Tuesday and Thursday 9.30am and tend to garden until around 3pm. To get involved head straight to the gardens and make yourself known to senior volunteer, who can tell you more.

Want to be part of a once in a lifetime opportunity to restore a significant piece of Wollaton Hall history?

Go down in the history of Wollaton Park by helping FoWP, WHaCS and Wollaton Park management and staff with the restoration of the Walled Garden as a volunteer!

History of the Gardens

Wollaton Hall was built by Sir Francis Willoughby in 1588. In 1712 the Willoughby’s were ennobled and took the title Baron Middleton. The 2nd Baron, who inherited in 1729, and successive Barons thereafter spent considerable sums of money over the next 100 years, on improving their Park and Hall,

The building of the new Walled Kitchen Garden between 1783 and 1788, was part of some massive improvements, and designed to provide all the flowers, fruit and vegetables required by the family, their servants and guests at the Hall. The idea of a walled garden was to shelter plants from wind and frost. Walls can also create a microclimate, by radiating the sun’s heat which can raise the ambient temperature

In 1924, both Wollaton Hall and Park were sold to Nottingham City Council and the walled garden remained a nursery, maintained by council workers, until the 1980s. Over time the site fell into disrepair, with overgrown bramble bushes, vandalism and parts of the wall falling down and we are now working to restore the area.

When is it on
Every Tuesday and Thursday 9.30am - 3pm
Session Information
Please wear weather appropriate clothing and sturdy closed toe footwear. 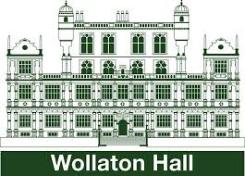 Write the first review  Print
Remove from My List

Select image to enlarge
Back to top