West Bridgford Operatic Society, based in Nottingham was formed in 1945.  The society originally performed Gilbert and Sullivan operettas but more recently has ventured into musicals such as Me and My Girl, Sweeney Todd, Oklahoma, Guys and Dolls, The Pajama Game, Fiddler on the Roof and Calamity Jane.

WBOS performs at least one main show in Nottingham every year at the Space at Nottingham Girls High School followed by a concert in West Bridgford in early summer.  The group also sing in smaller fundraising and community concerts throughout the year.

WBOS has a reputation for being a friendly society with high musical standards.

When is it on
Wednesdays evenings from 7.30 - 9.30
Session Information
Refreshments available 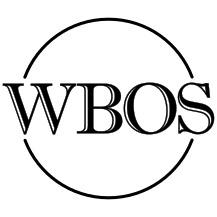 Write the first review  Print
Add to My List

Select image to enlarge
Back to top