A contemporary art exhibition featuring two films created by New York-based Moroccan artist and storyteller Meriem Bennani who is known for entertaining use of projection and special effects video. A mixture of footage shot on phones and animation, the film imagines a future lived by inhabitants of a fictional refugee detention camp in the Atlantic ocean. With themes of migration and displacement the artist’s work asks questions about belonging, public gathering, ownership and resistance. Party on the CAPS film is subtitled (English) with multiple languages spoken throughout. Film length is 25 mins 28 secs.
Life on the CAPS film is subtitled (English). Film length of the sequel is 34 mins

The gallery spaces are dark with loud sound-staff are on hand to support visitors. Written exhibition notes are available in Arabic, Gujarati, Polish, Punjabi and Chinese. Tuesday – Saturday 10am–6pm and Sunday 11am–5pm. We are closed on Mondays. 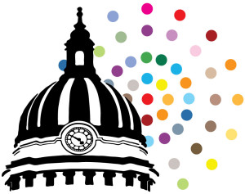